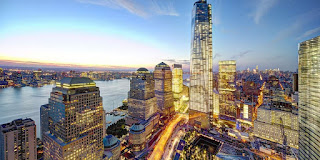 Africa has a large number of higher institution for learning, where students can study various program to acquire a degree. A list of African best universities for study will guide you in choice of country and university in Africa.  outlined is list of Africa best university for study.
READ ALSO: Best Colleges in US for Degree Study

Located in South Africa is one of Africa best universities – University of Cape Town  (UCT) is the oldest university in South Africa and a leading research and teaching university in Africa.
UCT was founded in 1829 as a high school with initial attendance as boys, currently a home to students of over 25,000 and academic staffs of about 1,000. The subsequent recognition of the university, has made it to attract students from different countries with 20% of  total number students in the institution as international students.
UCT been committed to researchs, teaching, innovations and scholarships also aspire to become a premier academic meeting point between the country South Africa, other African countries and the world in general. The vision of UCT is to produce graduates with qualification internationally accepted and recognition.

Established in 1919, the American University in Cairo  (AUC) is located in Egypt and is become a contributor in intellectual, cultural and social life style in Egypt.
American university in Cairo has two campuses: a historical campus in downtown Cairo and environmentally-conscious main campus in the suburbs of Cairo.
Each year over 16,000 students enroll in AUC, currently the university has about 35,000 alumni.

The university of Witwatersrand is located in Johannesburg, South Africa. Wits University as it’s popularly called is a public research institution and has five campuses in urban and suburb of the country: commerce, engineering and the built environment, science and humanities, health sciences, law and management. Founded in the year 1922 and with a total of 38, 000 students and 6,000 from the population are international students.
WIT offers a wide range of postgraduate courses in English from bachelor’s degree through to PhDs. Postgraduate entry requirements include an second class upper bachelor’s degree in a relevant subject.

Cairo University located in Egypt, established in 1908 and ranked among Egypt top university also enlisted in Africa best university. The university is the second oldest university in Egypt, having it main campus across the Nile.
The institution has undertaken the mission of not only delivering education, but research and cultural duties over the years in the country. Having a total population of of about 26,000 students and 26 faculties in different science discipline.

Located in Egypt – Ain sham university (ASU) is the first best African university to be ranked  701- 750. Founded in 1950 and Egypt third university, currently having approximately 180,000 students and 15 faculties.

A young university located in South Africa formed through merger between the University of Natal and the University of Durban-Westville in 2004. The university has 5 campus along with 4 colleges: college of agriculture, engineering and science are for learning all science subjects exempting  clinical and health studies, college of law and management studies offers courses in law, management and business. College of humanities for all learnning across humanities, arts and social sciences. Lastly, college of health sciences consist of the medical school.

Located in Uganda and founded in 1922, Makerere university is oldest and largest in Uganda with  total  population is about 40,000. The university is  a public institution and has focused research agenda in line with the national government’s policy and objectives. Home to many Uganda students and over 5% international students.

Head of Editorial Team and Sponsored Content at CollegeReporters.com, Omale creates and publishes a wide range of articles on colleges and programs, study guides, scholarships and grants to support students who demonstrate financial need. He is passionate about helping young students get into school or study abroad and has been writing for CollegeReporters since 2018. He attended the Federal University of Technology, Minna where he earned B.Eng in Mechanical Engineering. Connect on Facebook

How to Apply for Admission in Universities Abroad

Why International Students Now Chooses to Study in Spain

How to Send IELTS Score to UK Universities...

13 Best Online Universities in Nigeria that are...

Study in Hungary | The College Guide

Ten Tips For Preparation And Improvement Of...