Why International Students Now Chooses to Study in Spain

written by College Reporters Staff July 2, 2019
2 Mins Read
The number of international students studying in Spain is rising year after year, students now flock to study in Spain, as the country now attracts students from around the world to choose the country for study.
Why are international students now choosing to study in Spain? Are there better cuisines, climates, structures and facilities? Know why Spain is a country for you to choose for study and how to apply for admission in university abroad. 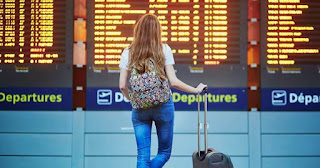 Spain is home for offering some of the best education in the world, the reputation dates back to years far back as 1218. The country since then, has continued in striving and making impact in the world of academia, providing world class research and business school.
IE Business School is one of a kind renowned for employing a technology based Eco-system. The institute adapts and continuously evolve it curriculum to mirror the realities of business world and its current trends.
READ ALSO: How to Study in Sweden – The Complete Guide

If you were to study in a home country, you wouldn’t have a good and enough encounter compared to study in Spain. As international student study in Spain exposes you to more experiences.
A new culture and language to immerse yourself, getting acquainted with a new way of studying, learning and language speaking can significantly impact your future job application.
Spanish is one of the top languages recognized in the world.

Many Spanish institution offers English taught degree program. Spanish is the second most widely spoken language in the world. Not only is it pleasant and cool to speak, it extremely useful in job market and employers consider being multilingual a valuable skill.
From Latin America to Europe, the Spanish language dominates global business communications. Mastering the basics of Spanish language can be useful, so don’t panic if you are not flexible in communicating in Spanish.

A Hub For Tech and Ambitious Entrepreneurs

If you are looking for a place to nurture an idea and turn it into reality, you have Spain as the place to do so. Spanish capital is a home to tech startup, considered and known as EU fastest growing economies.
Mentors having a wealth of sector-specific knowledge and experience as designated, students are assigned to their very own mentor in order to help students prepare their projects. As the project are presented to potential investors and fellow entrepreneurs.

A Land of Good Life

The cost of living in Spain is relatively cheap compared to EU countries, this also attract international students from the globe to study in Spain. The country offers quality of life like no other, safe and secure country.
READ ALSO: How to Gain International Scholarships To Study Abroad
0 comment
0
FacebookTwitterPinterestEmail

15 Best Pharmacy Schools in the World...